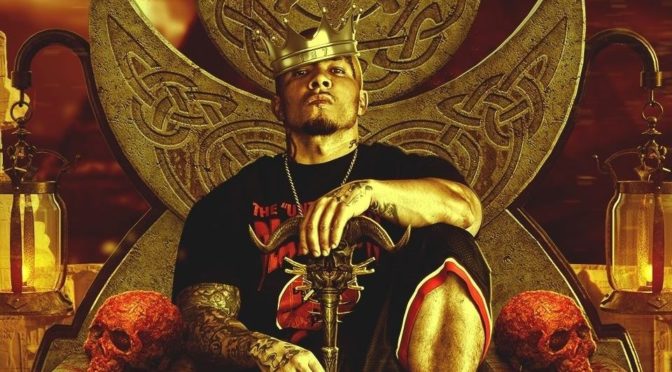 Playboy The Beast brings  Murder Musick  from the Midwest to the Foothills of NC! I hear a lot of artists say their tracks go hard but man Playboy The Beasts newest single “The Underground King” is on a whole different level!

PTB is a veteran underground artist who has worked with some big names such as King Iso, Stevie Stone, Twisted Insane, Kamikazi, Liquid Assassin, Seed Of 6ix, Enkay 47, Lo Key, C Ray, Z and tons of other up and coming underground artists! He has big plans for the Carolinas and is in the works to hold the first annual Murder Musick festival here. The festival will include artists from his team/label as well as some local talent! Let’s all show PTB some southern hospitality and welcome him to the Carolinas.

Musically, what are your biggest influences and who are your favorite musicians? Well, I grew up in the Midwest. So of course, Twista, Do Or Die, Bone Thugs and all those OG midwest choppers. Then of course, Pac, Mystikal, Lil Jon and Eastside Boyz and the whole crunk era was probably my favorite era of hip hop. Loved Snoop and DPG growing up as well. I am big metal and classic rock fan as well. Moms ex husband that adopted me was a huge metal head so luckily, I was exposed to that growing up. I think it really influenced my style in a positive way.

How would you describe your own style? I am very versatile and diverse I try to master all styles and forms of hip hop. From the lyricism, punchlines/metaphors, to choppin, with the speed, clear enunciation of every syllable, etc. to storytelling, deep, inspirational and motivational type tracks. I’ve even done horror core albums and tracks but my forte and my personal favorite is the really hype, aggressive music, crunk, meets gangster rap, meets lyricism and chopping, ya know I just have my own style really.

What are the main inspiration for the lyrics you write? Mostly for me music is a release or way to express myself.  Whatever my mood may be at the time so sometimes I may be speaking on past experiences, sometimes I just might be venting or bragging talking shit etc. Really just depends on how I am feeling when I’m writing.

Playboy The Beast is certainly a mix of Bone Thugs-N-Harmony Tech N9ne meets Pantera and with his lyrical talent Red Rocks Amphitheatre and Gathering of the Juggalos need to go ahead and get prepared! I know myself and the rest of the Carolinas are certainly ready and waiting to see whats next for you!

That’s mi mentor a brother I’ve been inspired by for like a decade. Imma murder gang og believe that. PTB def is tha UGK and mfs need to stop acting like he don’t do tha damn thang. He has killed every collab he’s ever been on shyt I’d be afraid to have him on a track. But every track he’s done i bump n fuk with. No tracks skipped #MM4L #MURDERGANGOGHERE #PTB4L